We recorded only vertebrates because invertebrates were too difficult to see while bicycling. Because of time and visibility constraints, we recorded only the class for many animals (mammal, bird, reptile, amphibean, unknown).

We might have missed animals for several reasons. After collision, animals can stick to vehicles or get knocked off the road. Others survive long enough to wander away. Some are camouflaged or too small to see while biking; the mouse to the right highlights this issue.

In 2007, the United States Department of Transportation reported 8,457,353 lane miles in the United States. We were able to see about two lanes at once (or 5,692 lane miles). For reasons mentioned in the previous paragraph, we believe that we saw less than half of the roadkill from animal collisions that happened within the previous week. If our route was typical, well over 500,000 vertebrates may be killed every day on U.S. roads.
Distribution by Animal Class
including domestic animals / not including domestic animals 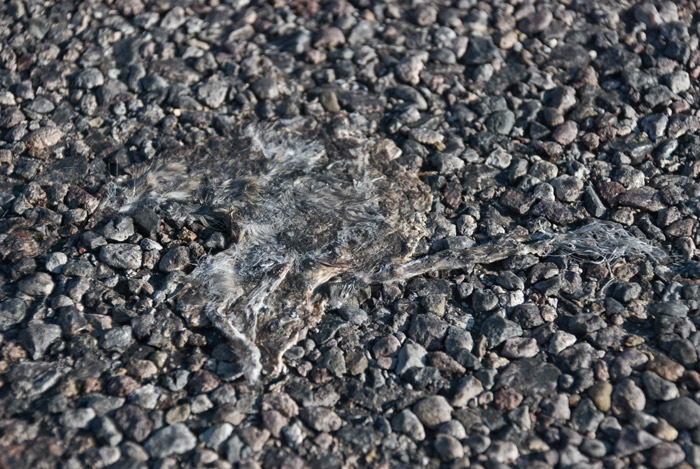